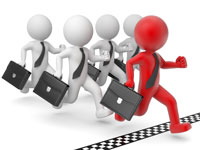 The leaders of the rich countries discussed at G20 summit new rules for the world. This time there was a focus on development of poor countries – or less developed counties. On the one hand they want to increase investments in these countries, which might be an advantage, but in times of a global financial system this is not a clear strategy.

On the other hand, they want to strengthen the civil society. Sounds good, but with a look at the members of G20 this seems to be quite obvious.

In less developed countries with a weak civil society a tiny elite exploits the resources of these countries for their own sake together with a serving political system.

I am not sure who is master or student.

In Germany for example, the automobile lobby neglects or legislates rules for their own sake. Big firms ignore laws to emission of cars, but citizens are taxed according to emissions. The health of many people is weighted to be less in contrast to economic institutions that are detected as system relevant. The same argumentation is chosen for some financial institutions by the political system giving them at the same time opportunities for international taxation.

Asking a president of a less developed country, he will proof that the drilling company of his brother is system relevant as well as the bank of his wife. The difference to the top G20 is just the magnitude of the numbers.

But the interesting scientific question is: is it possible to built up a civil society only top down by institutions? Fukuyama for example points out that the ‘Rule by Law’ can have an effect (Fukuyama; 2013; 3), but he distinguishes this from the ‘Rule of Law’. With the first definition, some kind of efficient impact of executive and legislative institutions is described. But with the later definition identification and solidarity of people is in focus (Fukuyama; 2015; 12). The question of how solidarity is built up is interesting, especially not only for less developed countries. For me, as a sociologist, it seems to be ridiculous just to enforce market integration and competition by law to reach this goal.