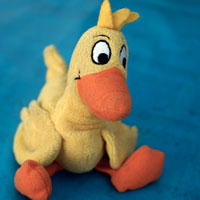 One of the main argumentations for a veggie life is the respect to animals. With a change in your diet, the suffering of animals can be avoided. In some cases, the moral supremacy to carnivores is boost to a categorical distinction between good and evil. The magnitude of emotional sentiments is sometimes really astonishing – maybe because a lack of sacrosanct believes. But this is not the theme here.

The argumentation to diminish the pain of creatures that are suffering is straight forward and just a small expansion of an anthropogenic justification. A categorical difference between man and animal is not obsolete with the application of minimal suffering to others than human beings.

With the discussion of personhood, that can be diminished in disabled people or not establish in children, as well as the argumentation of rationality, that is not obvious in many cases, the similarities of humans and animals come in front. Suffering out of body malfunctions is one similarity that does not skip the categorical difference between man and animal. But following a rule of diminishing pain can be a way to cope with the weakened differences, even only out of cultural or social reasons.

We do not really know if animals have pain, because they can’t talk about it. But their reactions to situations that create pain in humans are similar in many respects. Injuries activate the central nervous system in a extreme way and stress hormones are released.

The point is: this is true not only for animals with big brown eyes and a fluffy coat.

This is also true for insects. They do have a central nervous system and stress hormones that are activated in injuries.

Only a small fraction of pest management in agriculture is focused on fungicides. A lot of plant protection activity is concentrating on animals. And if we compare again to human physiological reactions to intoxication, there is a great likelihood of suffering for animals in these situations. In a biological food production this is even more impressive. Nematodes enter other insects and digest them from interior by disintegrating them.