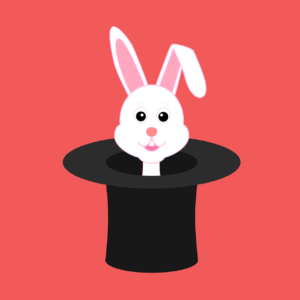 For a couple of weeks we are ruled by models.

Here some zoning out of my latest readings…

“In chemistry, one molecule is very like another, and the only difference is their spatial location. Dissipative structures in chemistry (Nicolis & Prigogine, 1977) can create spatio-temporal patterns because of this. But populations of organisms differ in an infinite number of ways. Firstly in location, but also in age, size, strength, speed, colour etc. and so this means that whenever a population, X, is being decreased by the action of some particular predator or environmental change, then the individuals that are most vulnerable will be the ones that ‘go’ first. Because of this the parameter representing the average death rate will actually change its value as the distribution within the population X increases the average ‘resistance’. In other words, the whole system of populations has built in through the internal diversities of its populations, a multiple set of self-regulatory processes that will automatically strengthen the weak, and weaken the strong. In the same way that reaction diffusion systems in chemistry can create patterns in space and time, so in this more complex system, the dynamics will create patterns in the different dimensions of diversity that the populations inhabit. But neither we, nor the populations concerned, need to know what these dimensions are. It just happens as a result of evolutionary dynamics” (Allen, Varga; 2007; 26).

“In effect, the successful working of the ecosystems, markets and social systems requires the constant generation of underlying heterogeneity. This can be in the aims and goals (axiologies) of the agents, in their attempted interpretive frameworks (epistemologies). The resulting heterogeneous ontology selects over time for synergy and cooperativity amongst all this. Uncertainty about the future, ignorance, leads naturally to the freedom to think and aim for different things and hence to propose different ways forward. These then compete and cooperate between themselves leading to a selection of a compatible subset. Selection from the level above leads to the retention of systems with such dynamic capabilities that allow transformation and restructuring to occur within. Evolution selects for an evolutionary capability, and so the outcome is that we live in a world for which there is no ‘correct’ axiology, epistemology or ontology, since this is always changing, as part of an evolving heterogeneous whole” (Allen, Varga; 2007; 48).