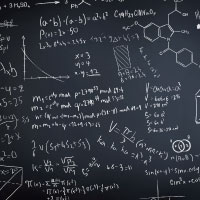 This is the time for school reports. My son got his first one – an A4 page full of text. 40 years ago, my fist school report contained four sentences. But in fact these two are quite identically.
In the first class you still get a universal evaluation, but in further forms you get grades.
But today these grades are individualized. This sounds funny to me. An individualized grade is just like a championship without comparing performance. And what is the meaning of an individualized grade other than a number, individually ordered? If the framing is individual, the content of this form is bounded to this special set.
Not comparable content can’t be quantified by numbers to universal relations.
In science, a quite similar development takes place out of different reasons. Because of the constraint to successful projects and forced publication, findings have to be presented in positive growth rates. Most abstracts contain the formulation: we found a x% higher … . But as always working with percentages, the question is: to what main unit is this referred? Sure you know this: an economy is shrinking about 50% in the first and growing again about 50% in the second year …
The reduction to a – so called – successful project, is combined with an individualization of the scientific agenda out of enforced marketing aspects to researchers and institutions. Universities today are in a competition about the latest and hottest degree programs. Because science is not revolutionized every balance period, all these new degree programs are specializations of traditional braches of studies. Individualization in education is a focus to fewer considered aspects and more details for special tasks. Quite similarly is the development in scientific publication. Traditional publishers invent myriad of journals traced by open source journals with the effect that every research team has an own platform.
With these effects, scientific results tend to show high significant relations with a shrinking validity.
The grade of high significance is individualized to bounded categories, making any comparison more difficult.
This is a fundamental aspect of individualization. Claiming an incomparability is followed by a fragmentation of categories and shrinking validity.
You can put it into words of a friend of mine: ‘Jeder passt in ‘ne Schublad’ – und wenn’s die unnerschd is’ everybody can be pegged to a category – even if it is the lowest one