From point of reference to point of no return 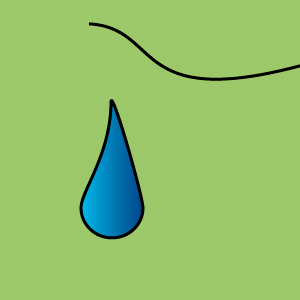 Global climate change is a fact for scientists and also for most people. Now the aching question is what to do? The German government released a program lately that is characterized by a series of annual, moderate increasing steps in the direction of the rising problem. This strategy is based on the idea of adaption and does not include the anthropogenic active part in the core of the agenda. The idea of (co-)evolution is very different to adaption, because it is always based on active niche setting.

With moderate steps to the adaption on global climate change, the political acceptance is possible, but not a fundamental change in habits and innovations.

The problematic issue on adaption is, that nowhere on this series exists a focal point to reset the evaluation of the total situation or the environment for actions. But every single moderate step has only a small impact on changing the total situation by an investment or a change in habits.

Adaption in contrast to evolution is tied to the ‘point of reference’. This idea of Kahneman as a part of ‘prospect theory’ (s. Kahneman, D.; Tversky, A.; 1979) describes the heuristics of the asset position in a series. In a series of steps, every single change in asset position will be used to calculate the possibilities and prospect of the series and lead to a higher risk seeking in order to undo past losses.

But the isolation of this single decision step in terms of opportunity costs to the status quo in changing the whole situation is then neglected and would lead to more risk aversive decisions.

Adaption tend to a back ward looking analysis of losses in contrast to risk assessment of future gains in evolution with an active path setting to environment. A series of moderate increasing steps lacks a focal situation to change the point of reference from past losses to future gains.